Last updated: 2021.02.05 Note: Here is a working bibliography of translations of Chinese dynastic history (3rd to 7th centuries CE). If you ...

Spring and Autumn Annals of Wu and Yue: An Annotated Translation of Wu Yue Chunqiu 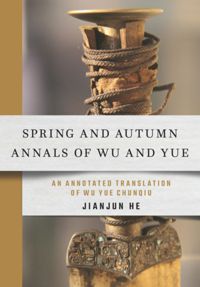 Adapting: A Chinese Philosophy of Action

Abstract:
If you are from the West, it is likely that you normally assume that you are a subject who relates to objects and other subjects through actions that spring purely from your own intentions and will. Chinese philosophers, however, show how mistaken this conception of action is. Philosophy of action in Classical China is radically different from its counterpart in the Western philosophical narrative. While the latter usually assumes we are discrete individual subjects with the ability to act or to effect change, Classical Chinese philosophers theorize that human life is embedded in endless networks of relationships with other entities, phenomena, and socio-material contexts. These relations are primary to the constitution of the person, and hence acting within an early Chinese context is interacting and co-acting along with others, human or nonhuman.

This book is the first monograph dedicated to the exploration and rigorous reconstruction of an extraordinary strategy for efficacious relational action devised by Classical Chinese philosophers, one which attempts to account for the interdependent and embedded character of human agency-what Mercedes Valmisa calls "adapting" or "adaptive agency" (yin) As opposed to more unilateral approaches to action conceptualized in the Classical Chinese corpus, such as forceful and prescriptive agency, adapting requires heightened self- and other-awareness, equanimity, flexibility, creativity, and response. These capacities allow the agent to “co-raise” courses of action ad hoc: unique and temporary solutions to specific, non-permanent, and non-generalizable life problems.

Adapting is one of the world's oldest philosophies of action, and yet it is shockingly new for contemporary audiences, who will find in it an unlikely source of inspiration to cope with our current global problems. This book explores the core conception of adapting both on autochthonous terms and by cross-cultural comparison, drawing on the European and Analytic philosophical traditions as well as on scholarship from other disciplines. Valmisa exemplifies how to build meaningful philosophical theories without treating individual books or putative authors as locations of stable intellectual positions, opening brand-new topics in Chinese and comparative philosophy. 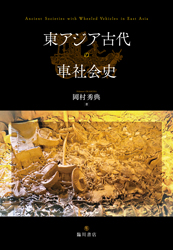 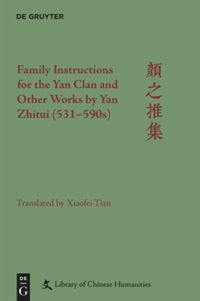 Abstract:
Yan Zhitui (531–590s) was a courtier and cultural luminary who lived a colorful life during one of the most chaotic periods, known as the Northern and Southern Dynasties, in Chinese history. Beginning his career in the southern Liang court, he was taken captive to the north after the Liang capital fell, and served several northern dynasties. Today he remains one of the best-known medieval writers for his book-length “family instructions” (jiaxun), the earliest surviving and the most influential of its kind. Completed in his last years, the work resembles a long letter addressed to his sons, in which he discusses a wide range of topics from family relations and remarriage to religious faith, philology, cultural arts, and codes of conduct in public and private life. It is filled with vivid details of contemporary social life, and with the author’s keen observations of the mores of north and south China. This is a new, complete translation into English, with critical notes and introduction, and based on recent scholarship, of Yan Zhitui’s Family Instructions, and of all of his extant literary works, including his self-annotated poetic autobiography and a never-before-translated fragmentary rhapsody, as well as of his biographies in dynastic histories.
Open Access: click here
Posted by Wen-Yi Huang at 10:13 PM No comments:

The Dao of Madness: Mental Illness and Self-Cultivation in Early Chinese Philosophy and Medicine 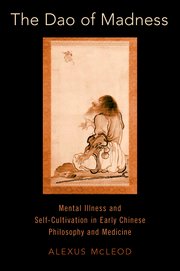 Abstract:
Mental illness complicates views of agency and moral responsibility in ethics. Particularly for traditions and theories focused on self-cultivation, such as Aristotelian virtue ethics and many systems of ethics in early Chinese philosophy, mental illness offers powerful challenges. Can the mentally ill person cultivate herself and achieve a level of virtue, character, or thriving similar to the mentally healthy? Does mental illness result from failures in self-cultivation, failure in social institutions or rulership, or other features of human activity? Can a life complicated by struggles with mental illness be a good one?

The Dao of Madness investigates the role of mental illness, specifically "madness" (kuang 狂), in discussions of self-cultivation and ideal personhood in early Chinese philosophical and medical thought, and the ways in which early Chinese thinkers probed difficult questions surrounding mental health. Alexus McLeod explores three central accounts: the early "traditional" views of those, including Confucians, taking madness to be the result of character flaw; the challenge from Zhuangists celebrating madness as a freedom from standard norms connected to knowledge; and the "medicalization" of madness within the naturalistic shift of Han Dynasty thought. Understanding views on madness in the ancient world helps reveal key features of Chinese thinkers' conceptions of personhood and agency, as well as their accounts of ideal activity. Further, it exposes the motivations behind the origins of the medical tradition, and of the key links between philosophy and medicine in early Chinese thought. The early Chinese medical tradition has crucial and understudied connections to early philosophy, connections which this volume works to uncover.
Table of Contents:
Introduction: In the Shadows of the Chinese Tradition
Chapter 1. Self, Mind and Body, Agency
Chapter 2. What is Mental Illness? Contemporary and Ancient Views
Chapter 3. Madness of Last Resort: Feigned Madness, Ambivalence, and Doubt
Chapter 4. The Wilds, Untamed, and Spontaneity: Zhuangist Views of Madness
Chapter 5. Synthesis and Medicalization in Early Han Views of Mental Illness
Conclusion: Madness and Self-Cultivation: Ways Forward
Posted by Wen-Yi Huang at 10:59 AM No comments: